Armed with 4 finalists in the Visit Yorkshire Hospitality Awards and their bosses Ed Fawcett from Studford Lodges and Simon Parker from the White Swan in Ampleforth we went along to the VisitYork Hospitality Awards which were held in the Every Man Theatre in York.

I had sponsored one of the awards and Alexandra Kew from the Principle won that one.

I was delighted when the entries I had put in scored a hat trick. First to win was Matty Cressey for the Warm Welcome for Studford . Then I had to be "a fake Jo" as the presenter called me as Jo Skelton could not attend, so I was the substitute for her winning the Sparkle Award for the best cleaning staff. Kuba Bartosiewicz won the Star Behind the bar award. It was quite unbelievable that with all the serious competition that we can away with some many wins.

Truly a night to remember not only for winning the 3 awards, 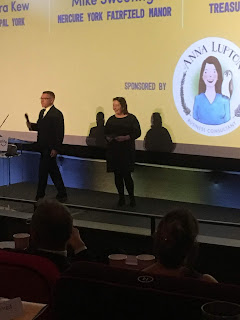 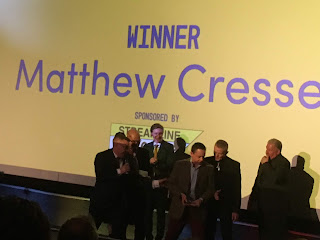 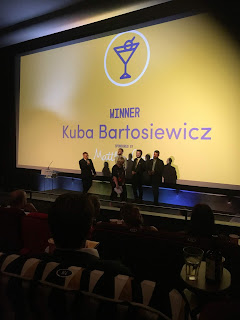 but when the winners and finalists got backup on to the stage it was so wobbly that we were very lucky to get off it on one piece.

Then on to celebrate we went to the Windmill nearby first and then went down into town with Anna another winner who works at the Whippet in town. I knew Anna previously when she had won at the larger Visit York awards in the Summer and I guess it wouldn't be long beofre we see her again soon at the White Rose Awards .... the awards season is well under way